Edward Kelly’s powerfully expressive paintings composed of rhythmic marks and emblems reflect his long standing engagement with the relationship between the elemental force of nature and the dynamic of abstract painting.

Certain landscapes have become familiar to him through many years study. Isle of Man has a special place in his work and here the feeling for the environment is so acute that the most abstract of painterly means can evoke very specific experiences of particular reference points. His titles, ‘Last Light at Nyarble’ for example, often reflect this connection to the specific. At other times, titles such as ‘Whoosh’ express a euphoric experience, but a precise location, South Barrule, is at the heart of the painting and his observation of sweeping clouds crossing the forest and moorland to the North Island is responsible for the seemingly abstract stream of brush marks.

The excitement of dramatic environments is alive in Kelly’s works, and this is fuelled by his passion for mountain walking.

But other painting series prove that he does not always need to place himself in extreme locations to find meaningful motifs. In his flower series, he finds great drama in simple accessible subjects, giving them the same force as a majestic landscape. This series forges a fascinating relationship between still life and landscape, as if the landscape is brought into the studio where other ideas are free to enter.

Intense, complex paintings disclose an insightful assimilation of Modernism, but Edward Kelly’s long held admiration for Piero della Francesca, for whom mathematics was so important, is revealing. For Kelly the balance, or deliberate imbalance, of shape, is crucial.

He often temporarily places cut shapes against the canvas to view their impact on the composition before committing the shapes, although never through collage, to the painting. Spacial concerns alternate constantly between those of the subject and those of the painter, but for Kelly ‘The ordering of these very concrete issues is never secondary to figuration’.

The abstract freedom he achieves is in itself enough to result in highly engaging woks, but there is always another dimension present where ‘the narrative is found in mid-course’ and the extent of these connections make the paintings startlingly profound.

Sub meanings seem to occur sometime during the painting, trajectories to what we think is being communicated. So often humour, or the act of play with painterly elements, seems to spill through, only to be checked by a darker or more complicated set of thoughts. Unexpected turns assail the reading of these works.

Recent works have lost nothing of the enthusiasm and vitality of paintings such as ‘Whoosh’ that were exhibited in major London and New York exhibitions in the 1980s and 90s. Edward Kelly’s work questions anew, refuses to let methods become mannerisms, and has never been compromised by the trends and fashions that he has observed during an extensive career. His most recent project, the polytich painted for Hoarwithy Church, proved that he is not intimidated by a demanding undertaking, and is painting with great vitality and clarity of insight.

Edward Kelly was born in Liverpool and trained at Liverpool College of Art between 1963 and 1967; he was awarded a John Moores Scholarship and studied in Italy. He has an extensive exhibiting profile including solo exhibitions with Kapil Jariwala Gallery and The Camden Arts Centre in London. His work has been exhibited internationally in group shows in public and private galleries including MOMA in Oxford, Museum Werft Kronhout in Amsterdam and Culture Gallery in New York. 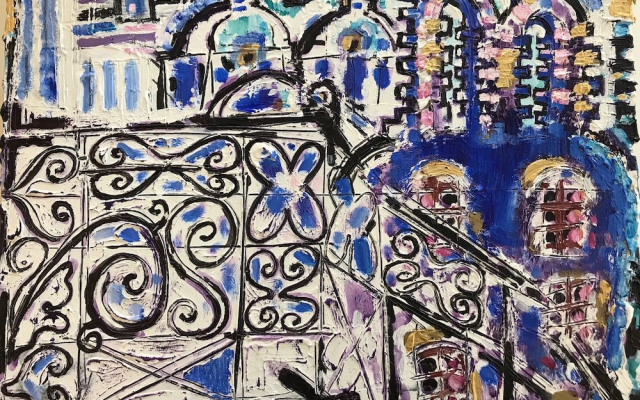 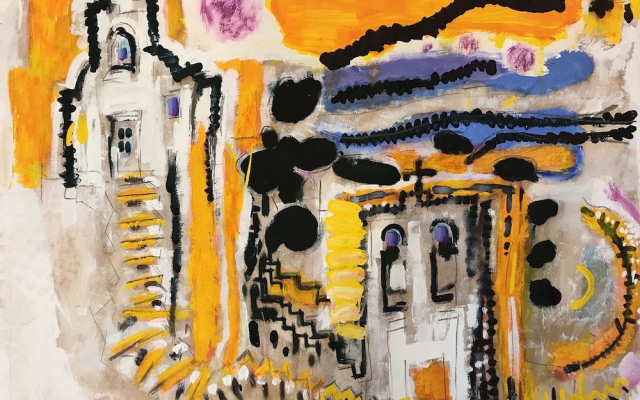 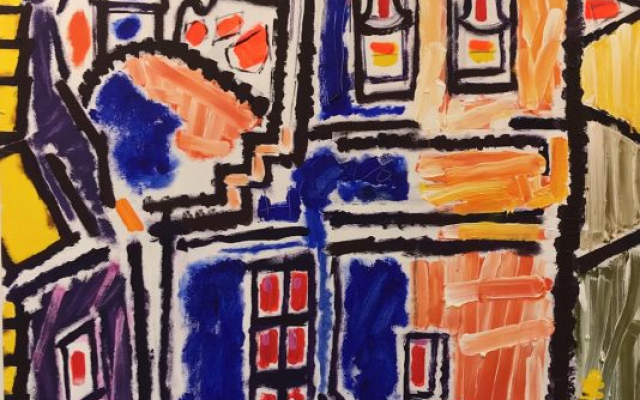 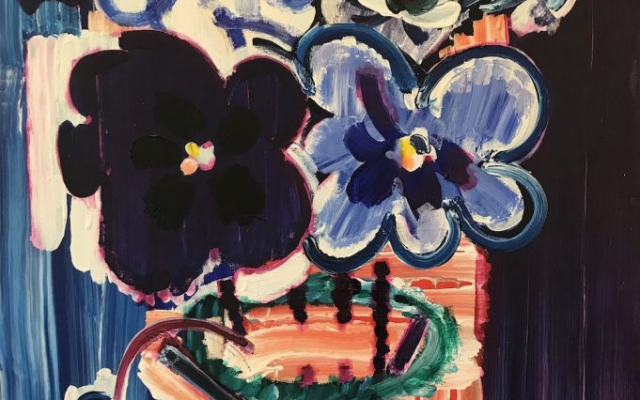 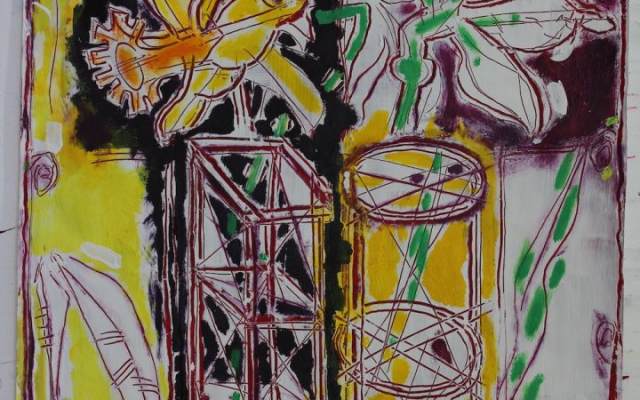 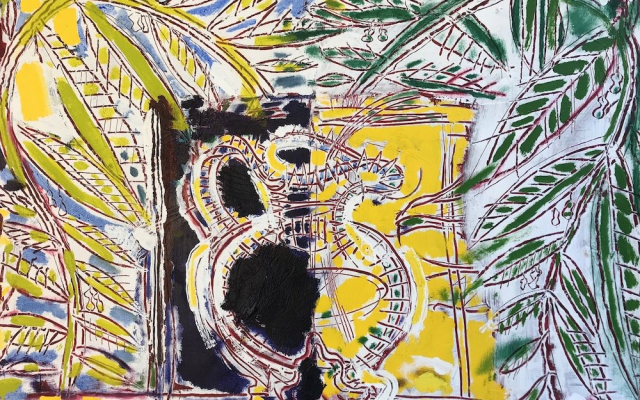 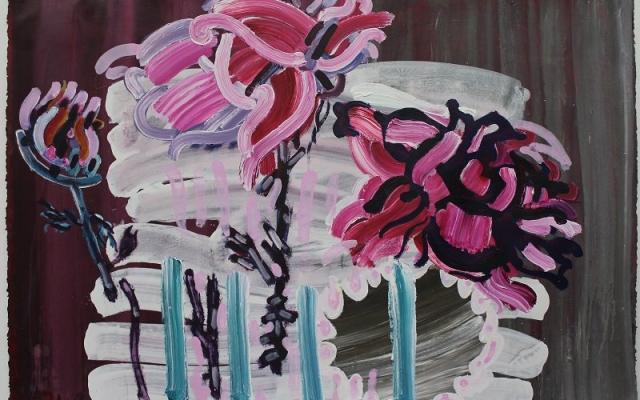 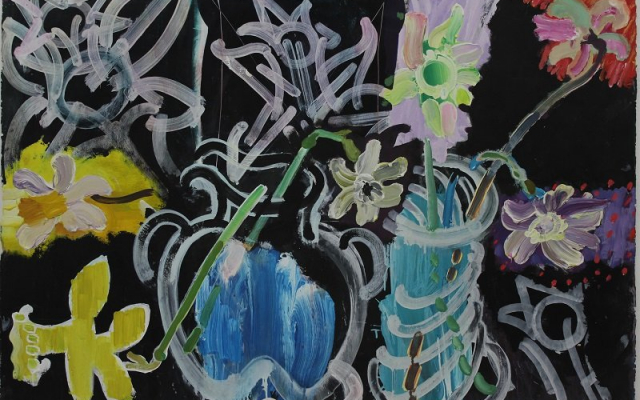 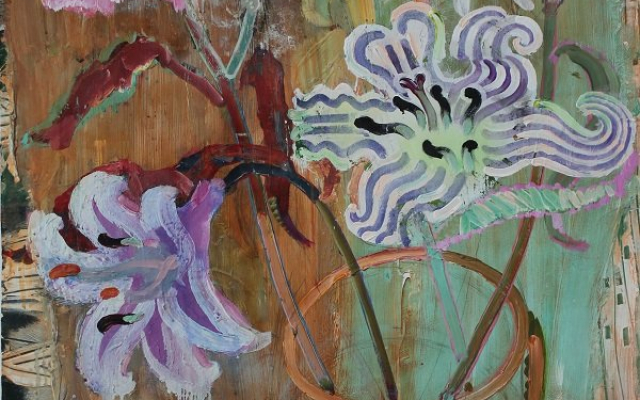 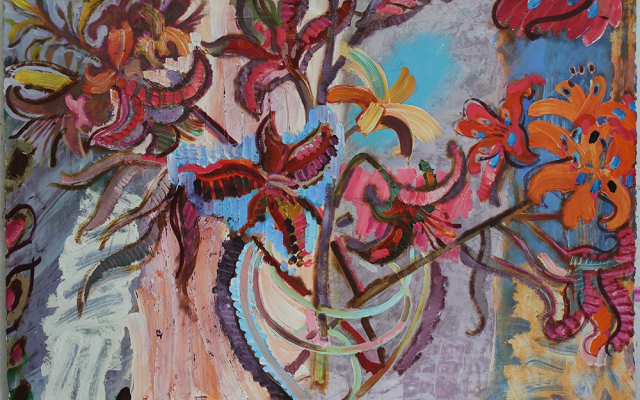 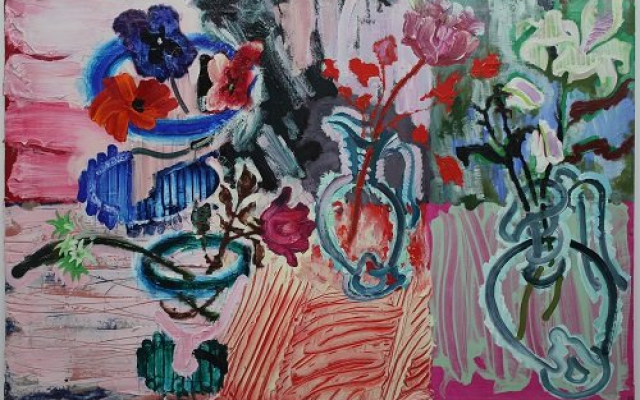 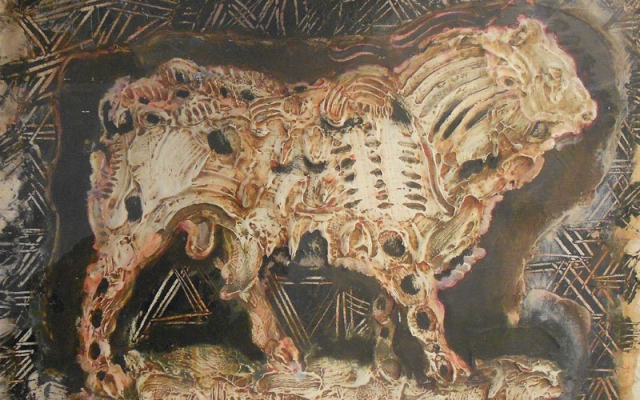